I don't normally pay much attention to what celebrities are wearing, but I just love Zooey's sense of style.  She's cute, adorable, and quirky.  I like that each dress she's wearing is girly and has some cute extra detail to make it pop, such as bows, lace, or a belt.  Her signature look seems to be a figure flattering dress or skirt with a feminine top, tights and a cute heel.  She's girly and feminine and I love it!  Nice and refreshing to see a celebrity not obsessed with being a sexy bombshell and adds a little creativity and whimsy to her outfits.

She styles her bangs and hair in a variety of ways but sticks to pretty much the same cut. I'm not sure if the curls and waves are natural like mine, but I love them on  her regardless.

A few months ago I got bangs for the first time since 2nd grade.  I hated them then and refused to believe they could look good on me with my tiny head and small face. After the hair dresser convincing and encouraging me for about 5 minutes, I finally caved.  I really need to get them trimmed...they are  lost somewhere in the poof currently.  Anyways, the day after I got my haircut I was told I looked like Zooey.  The conversation went something like this.

Guy at Party: Hey, where are you from?
Me: Do you mean ethnically or where I live?
Guy: Ethnically.
Me: Indian.
Guy: Hmm....you kinda look like an Indian Zooey Deschanel.
Me: Thanks...
Guy: Do you know who she is?
Me. No...I don't think so.
Guy: *pulls out smart phone, pokes it for a bit and then shows me her picture
Me: Oh! You mean Bone's sister!  Aww! Thanks, she's cute.

Never really been told I look like someone before (other than looking like my dad) and I'm really bad at comparing faces.  I get celebrities mixed up all the time and think random people look like that, at least according to my husband, don't look anything alike.  So, do you guys see it?

I also decided to try Polyvore, and recreate one of Zooey's outfits with pieces all costing under $50! 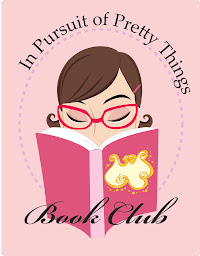 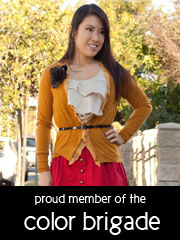